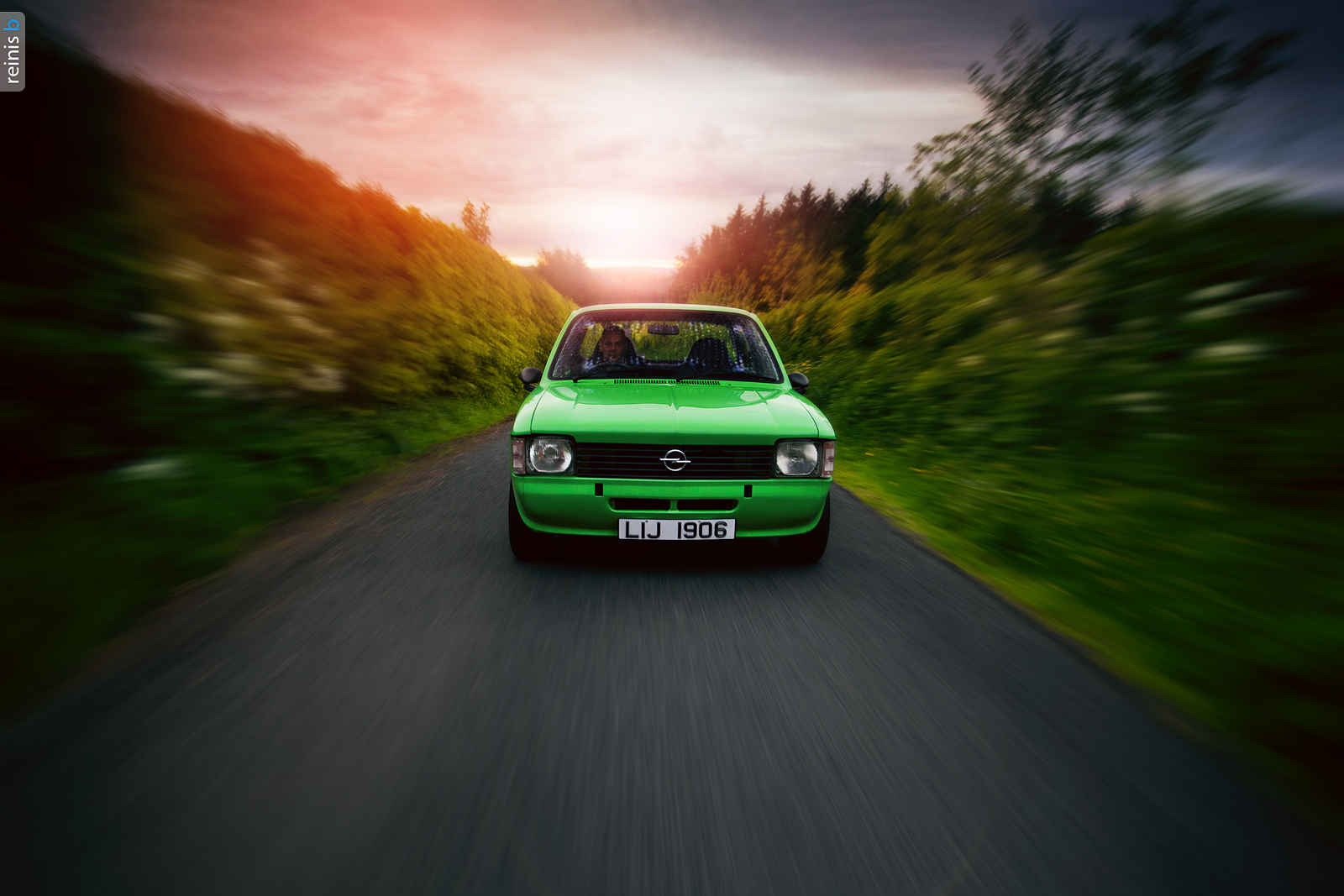 Abandoning a car, furthermore a classic, somewhere in a dark and cold barn leaving the rust to eat away something that once was so magnificent should be classified as a crime against the humanity. Luckily there are many good folks around the world, including Phil from Northern Ireland, who take on the tough challenge to rescue the forgotten cars and return them to the glorious state they were once in. While the majority of petrol heads would restore classics like Ford Escort MK II, VW Beetle or VW Camper van, Phil took up a very unusual project – Opel Kaddett C.


The Kadett model C was introduced to the general public on August 1973 and the production was stopped in July 1979. The cars were assembled at factories in Bochum, Germany and Antwer, Belgium; from the total of 1.7 million Kadetts that left the factory more than half of them were exported worldwide. What made these cars so appealing was their basic yet successful car formula – a small 2 door coupe with the real wheel drive; as a matter of fact it was the last small body Opel to feature a rear wheel drive until the release of the Opel Roadster. 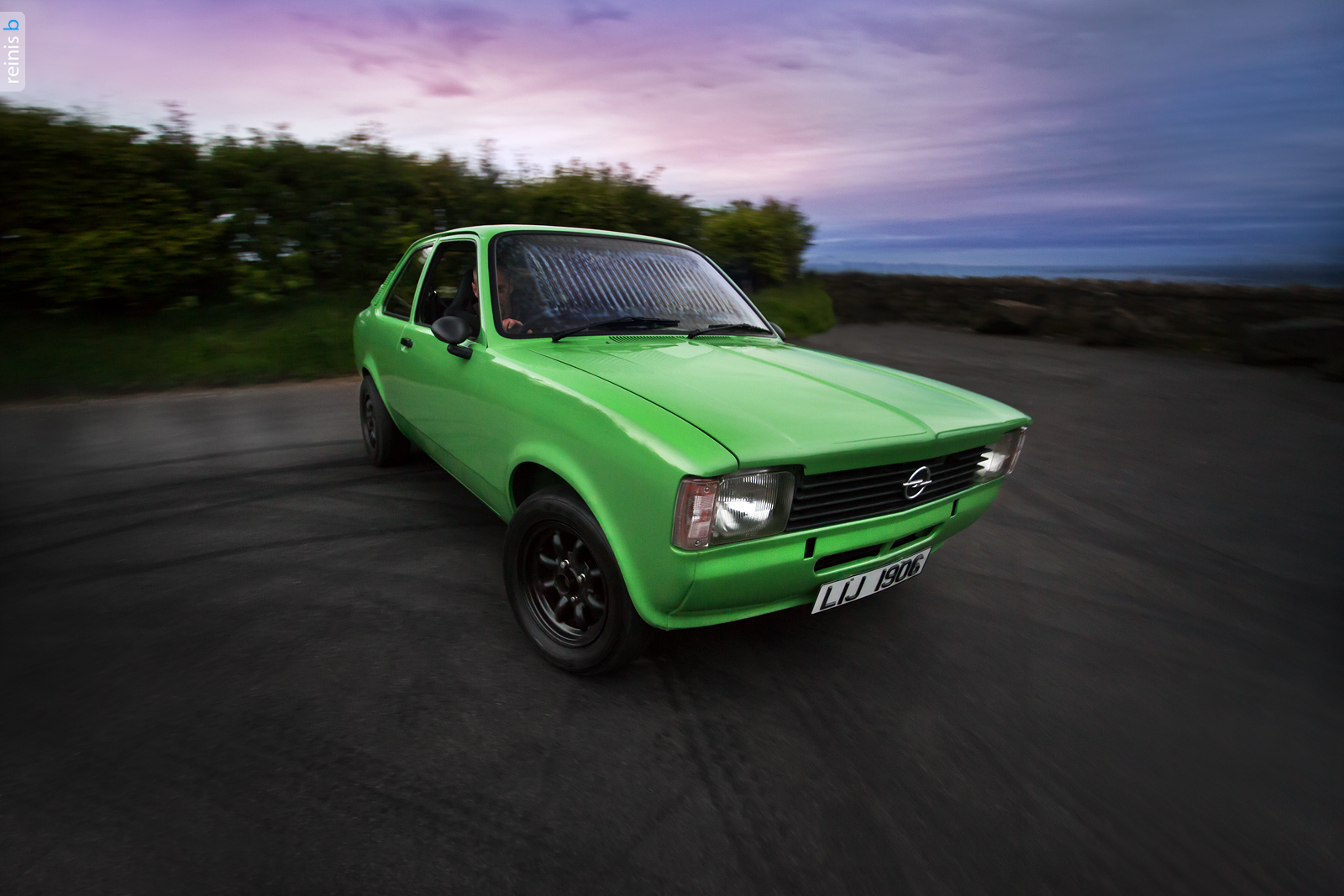 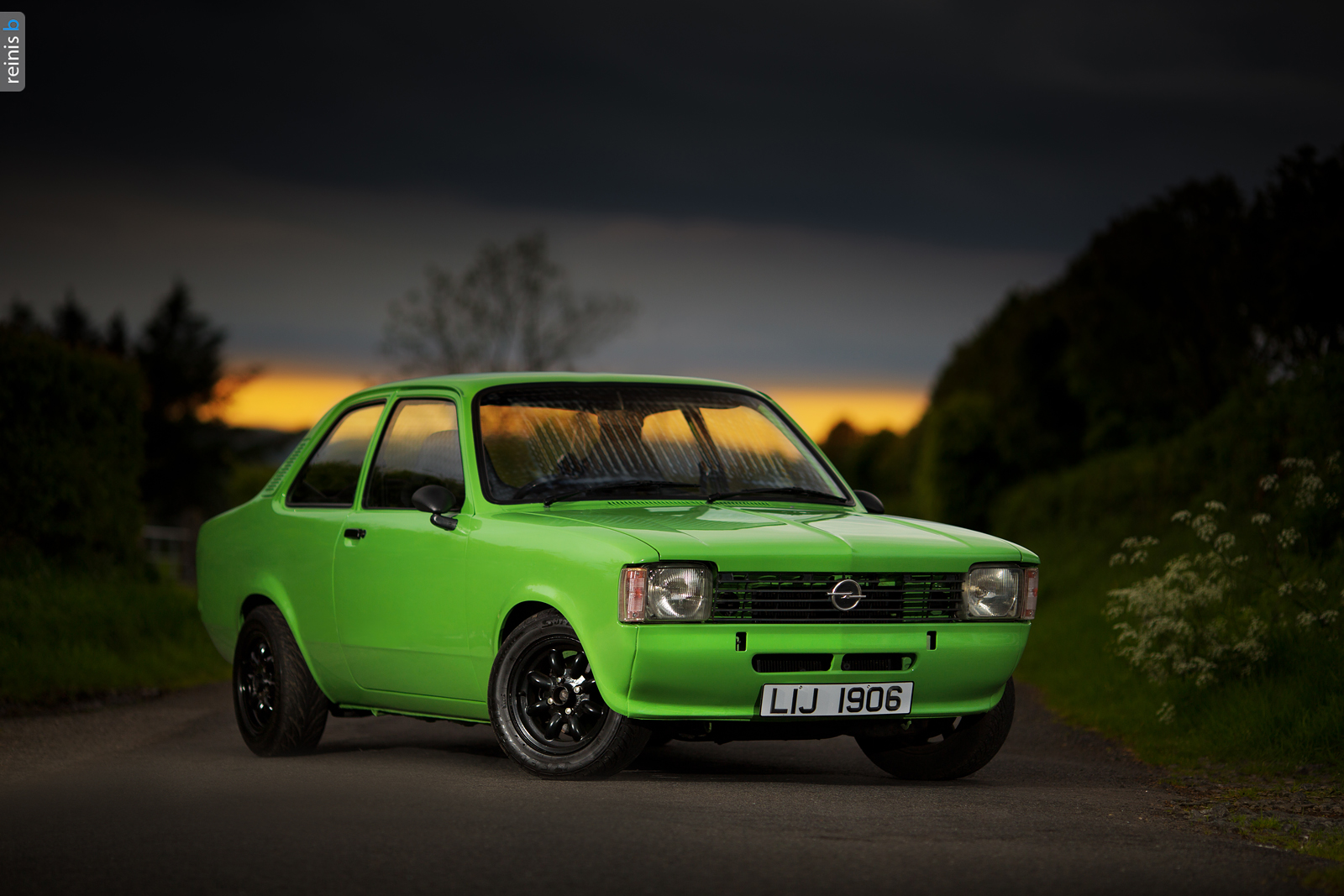 Phil has owned a fair amount of Vauxhalls in the past and currently runs a lovely Vauxhall Calibra Turbo 4X4, so another restoration project was certainly not on the books and it happened by a coincidence. Phil was actually on a mission to purchase a car for the girlfriend; while viewing some car he spotted an old rusty shell covered in dust in the barn nearby. After a closer inspection it turned out to be shell of a 1979 Opel Kadett C in a pretty bad shape. Suddenly the car he came to purchase was forgotten about and the negotiation evidentially swayed towards the Kadett. Being a Vauxhall/Opel enthusiast it was of no surprise he couldn’t leave the car there and he found himself trailing the car home. It took him just one year, a lot of sweat, blood and tears to build this car from a scratch in a shed so small it took him half an hour to manoeuvre it out from for the photoshoot. 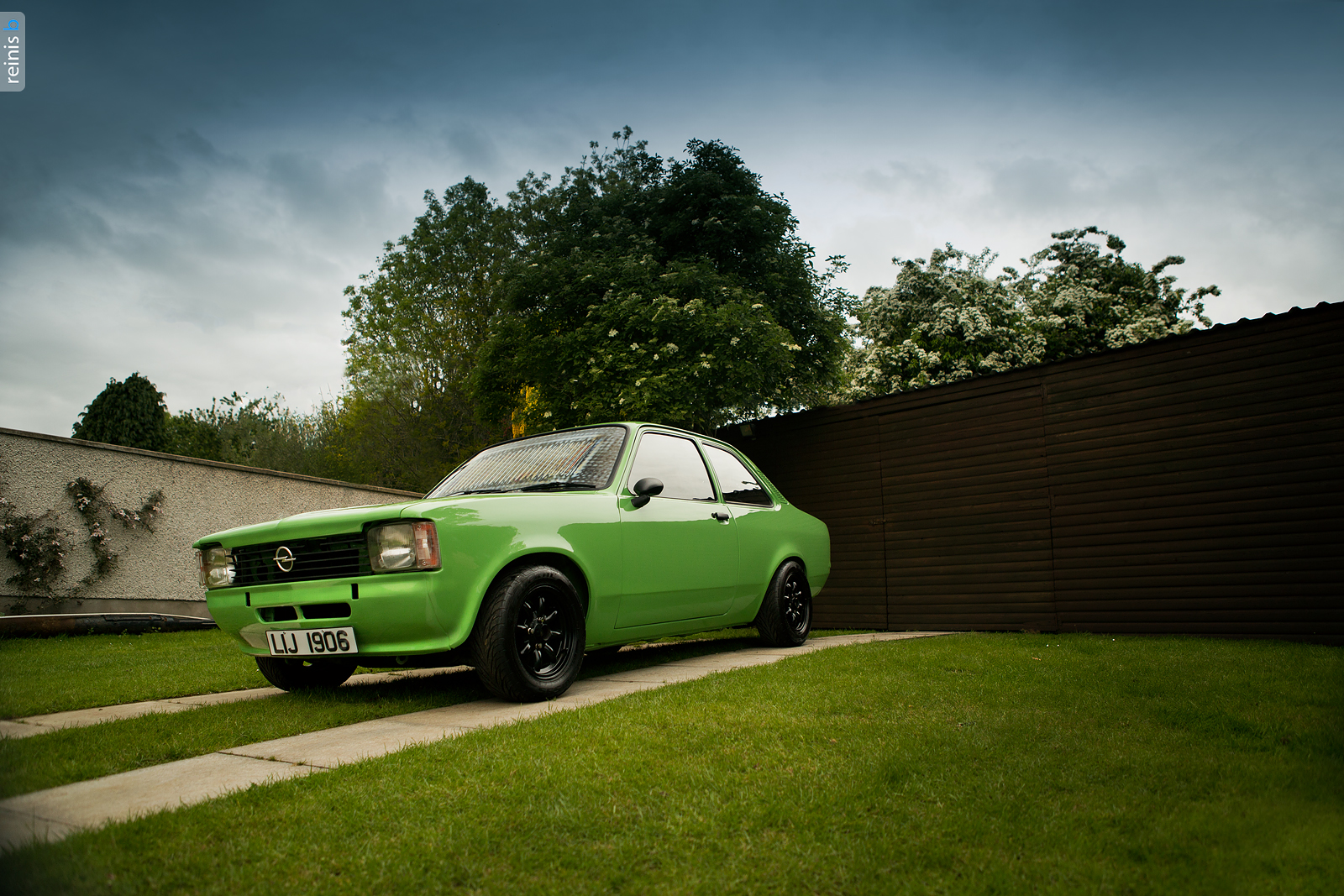 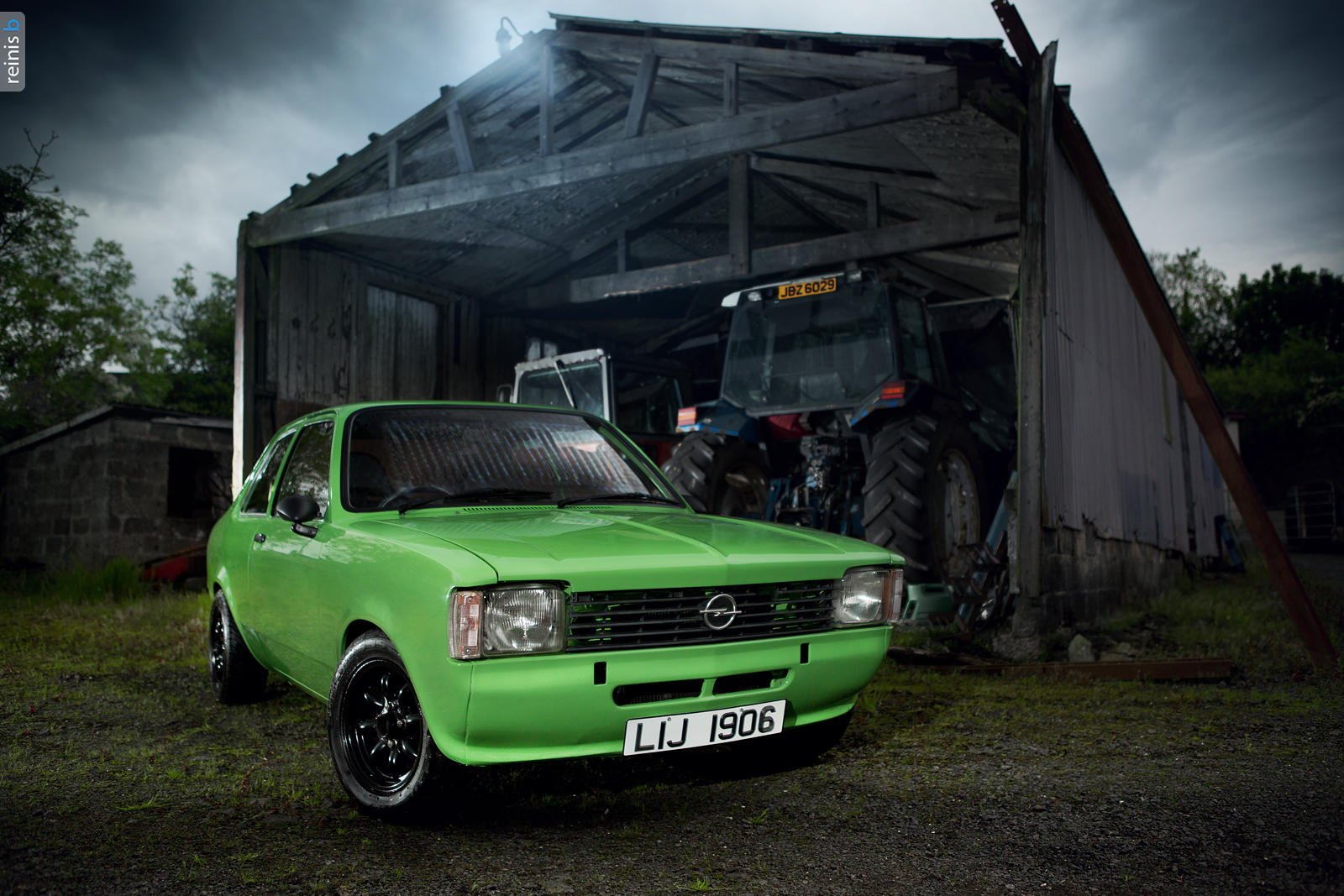 The concept for the build was simple – the car had to look good, but above all it had to provide fun, so the majority of the project swayed towards the engine! It is very common practice to have engine swaps in custom builds, although the original parts/engine could have its appeal, constantly dealing with leaking, overheating and reliability may not. Phil decided to stick to the same manufacturer and opted for the high revving 20 16v DOHC C20XE engine, better known as ‘The Red Top’ amongst the motoring enthusiasts. 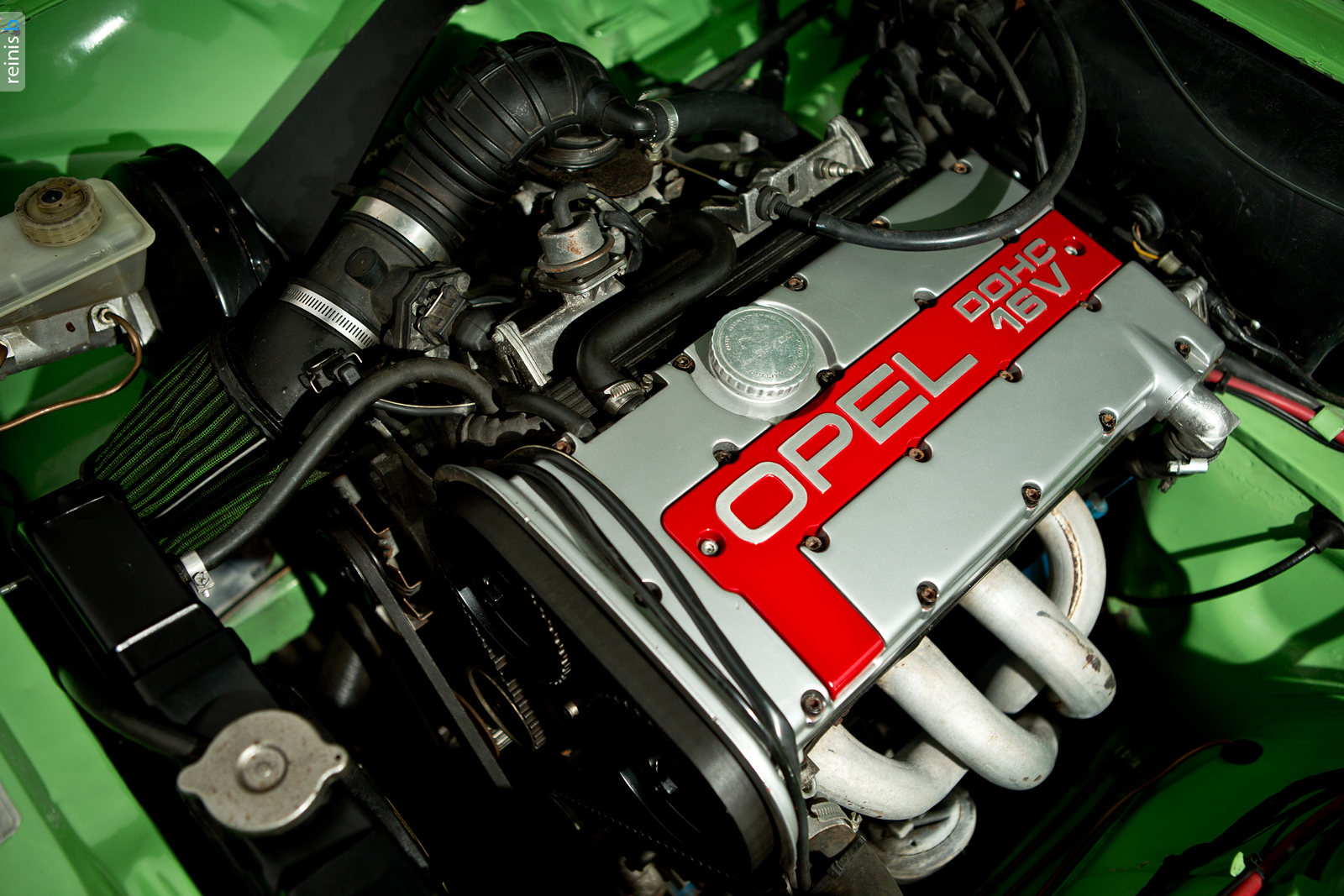 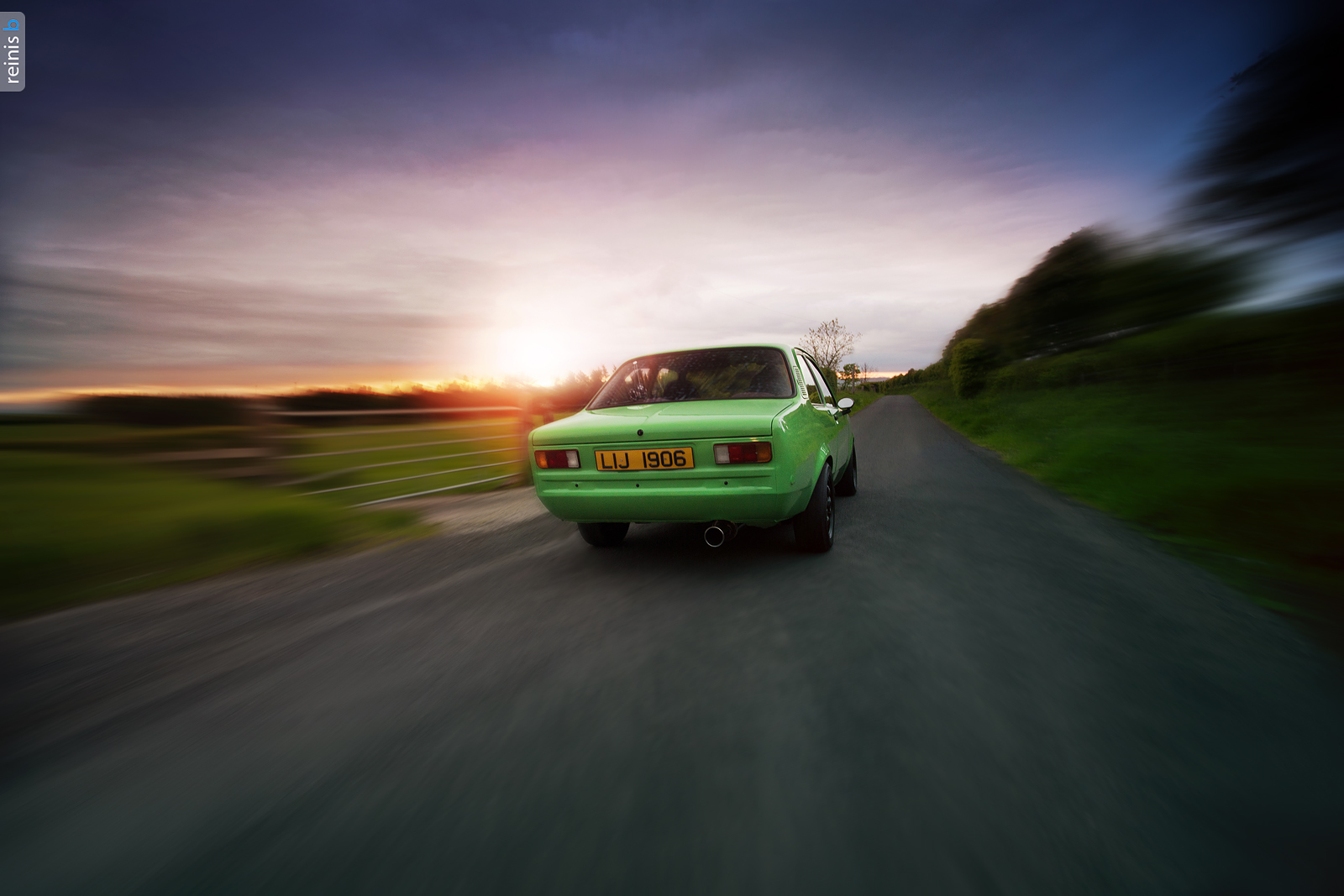 This is a truly magnificent engine and not only it looks right at home in the Kadett, but it can perform. The engine was introduced in 1987 producing impressive 112kW(150hp) and 196Nm (145lb ft) torque stock. Originally built for race cars it ended up in cars like Lada 110, Opel Calibra, Opel Kadett, Opel Vectra, Opel Astra. Two decades later this engine is still highly praised and widely used by motorsport enthusiasts (most notably – it was used by Chevrolet and Lada WTCC teams). The engine swap wasn’t a straight forward drop in though - it required additional work as it was mounted 90 degrees turned. The engine was paired with a gearbox from Opel Manta and even though the power output was not increased, the combo provides plenty of power to make sure there is more power than grip – just the way it should be! A stainless steel exhaust system and cold air intake lets the car breath better and provides a lovely note when the Red Top sings! 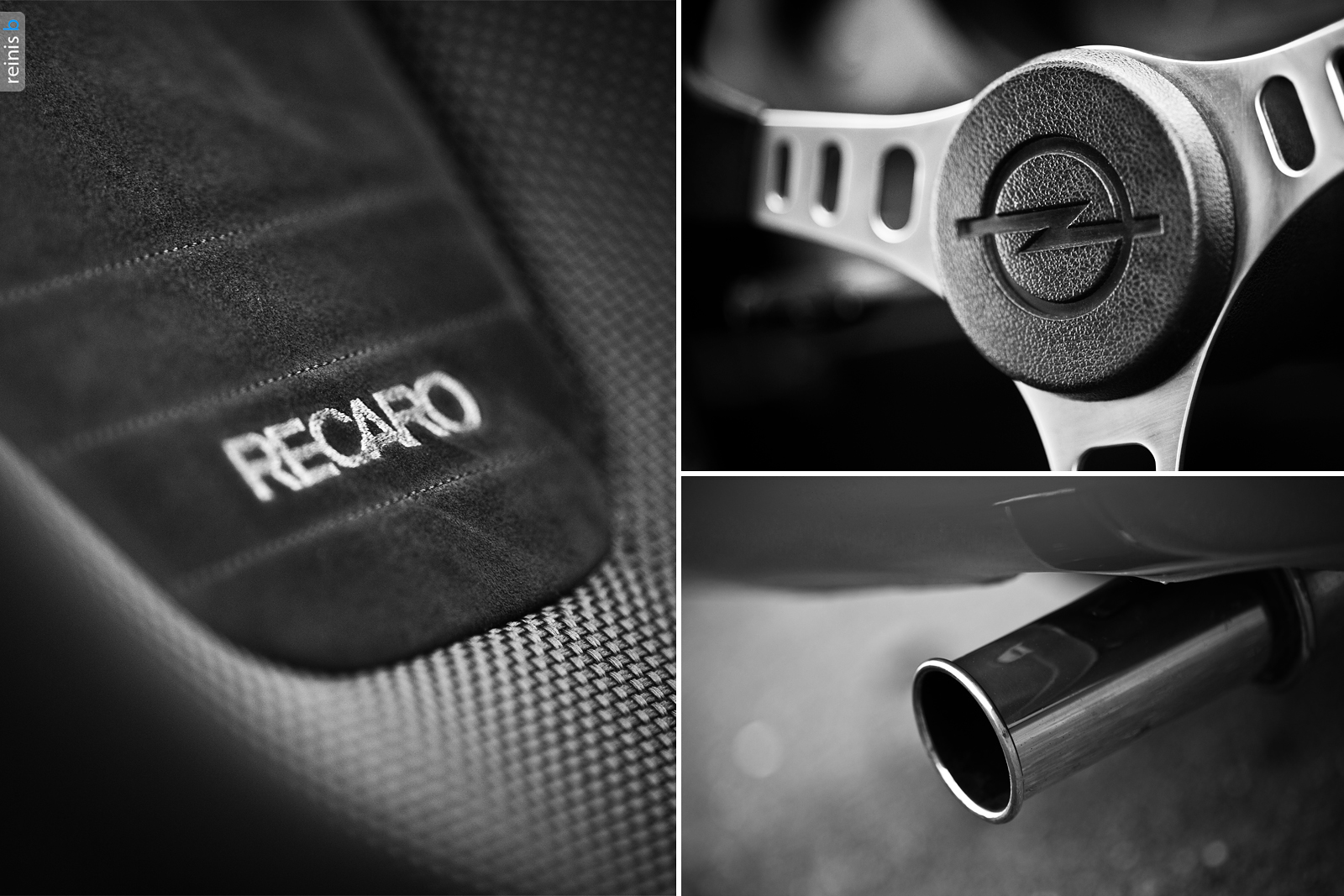 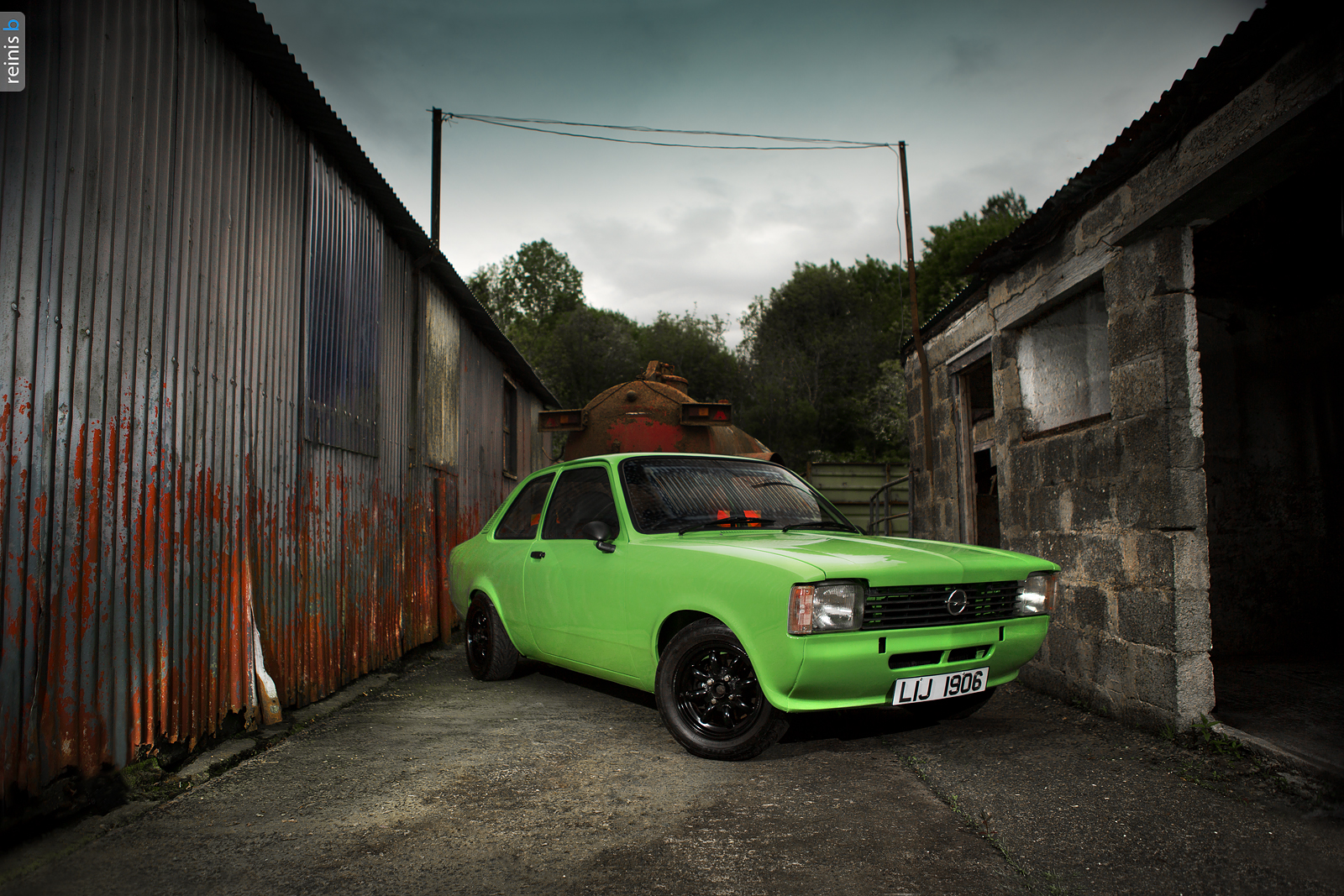 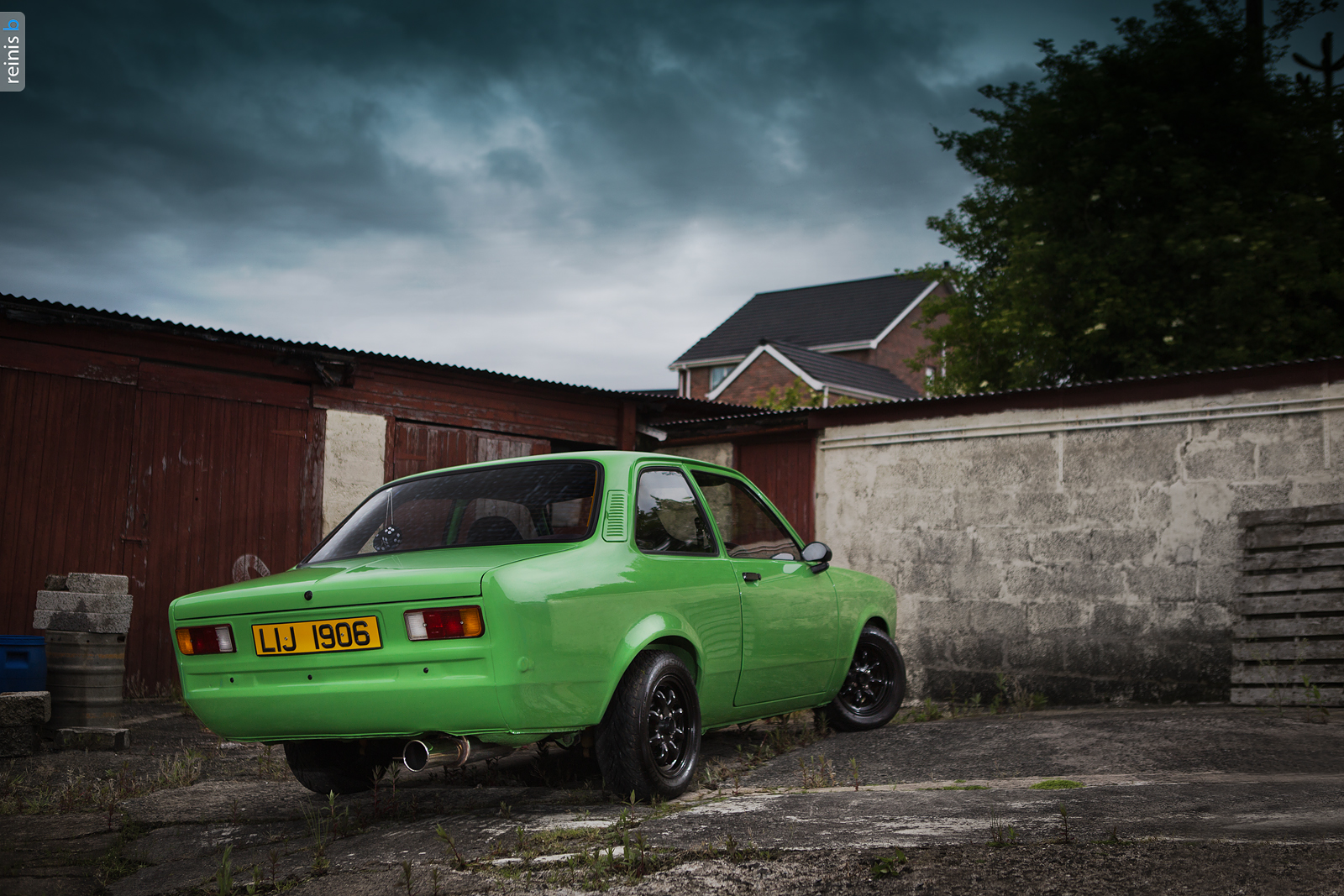 Once the engine was sorted it was time to turn to the body. Maintaining a completely standard look, bar the front and rear bumper removal, it was restored from the bare shell, deleting any traces of rust or damage. Phil opted for the Pistachio green which I must admit looks phenomenal. Car was lowered on sport springs, and 13” Carmona Mistrals were selected for the wheels. 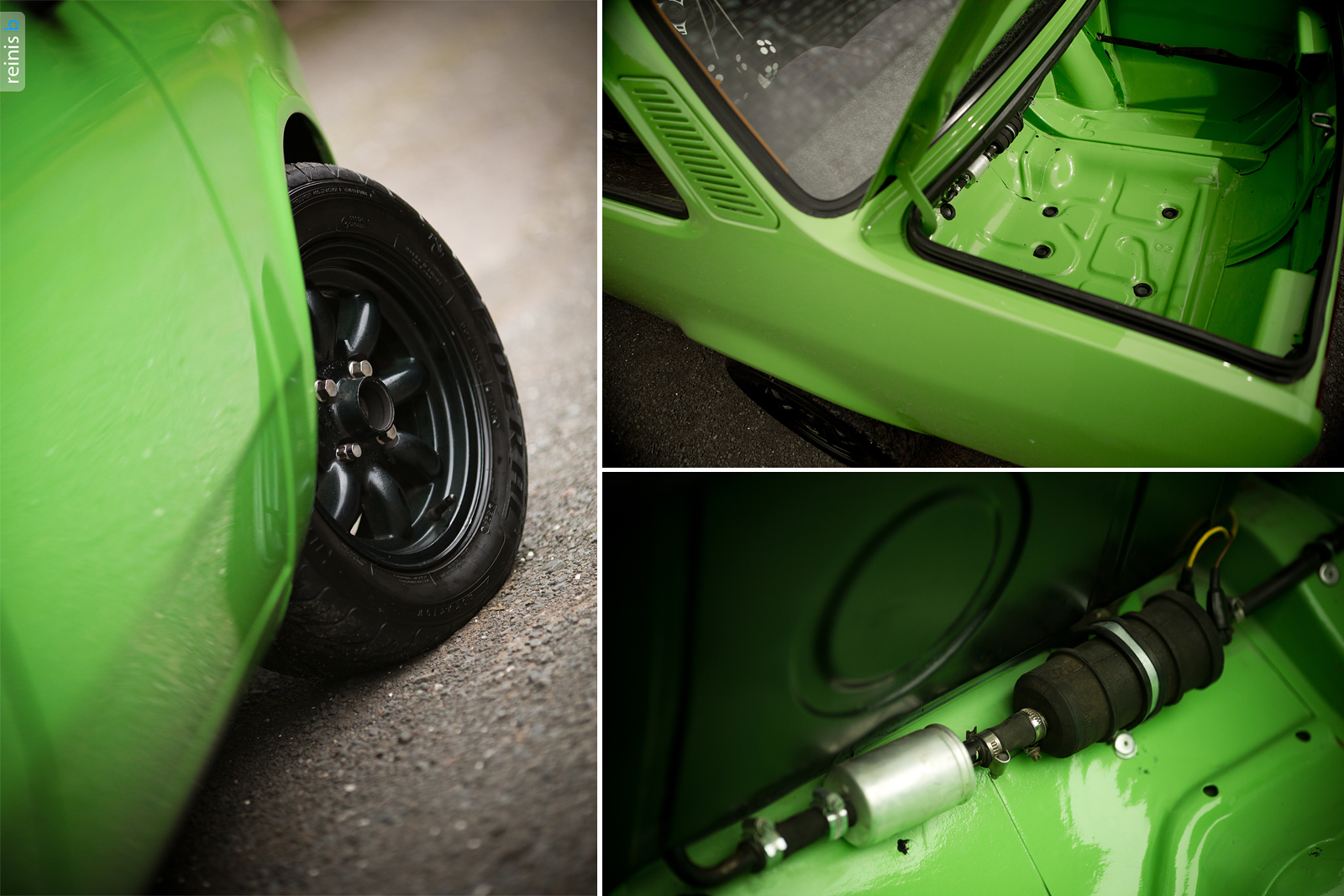 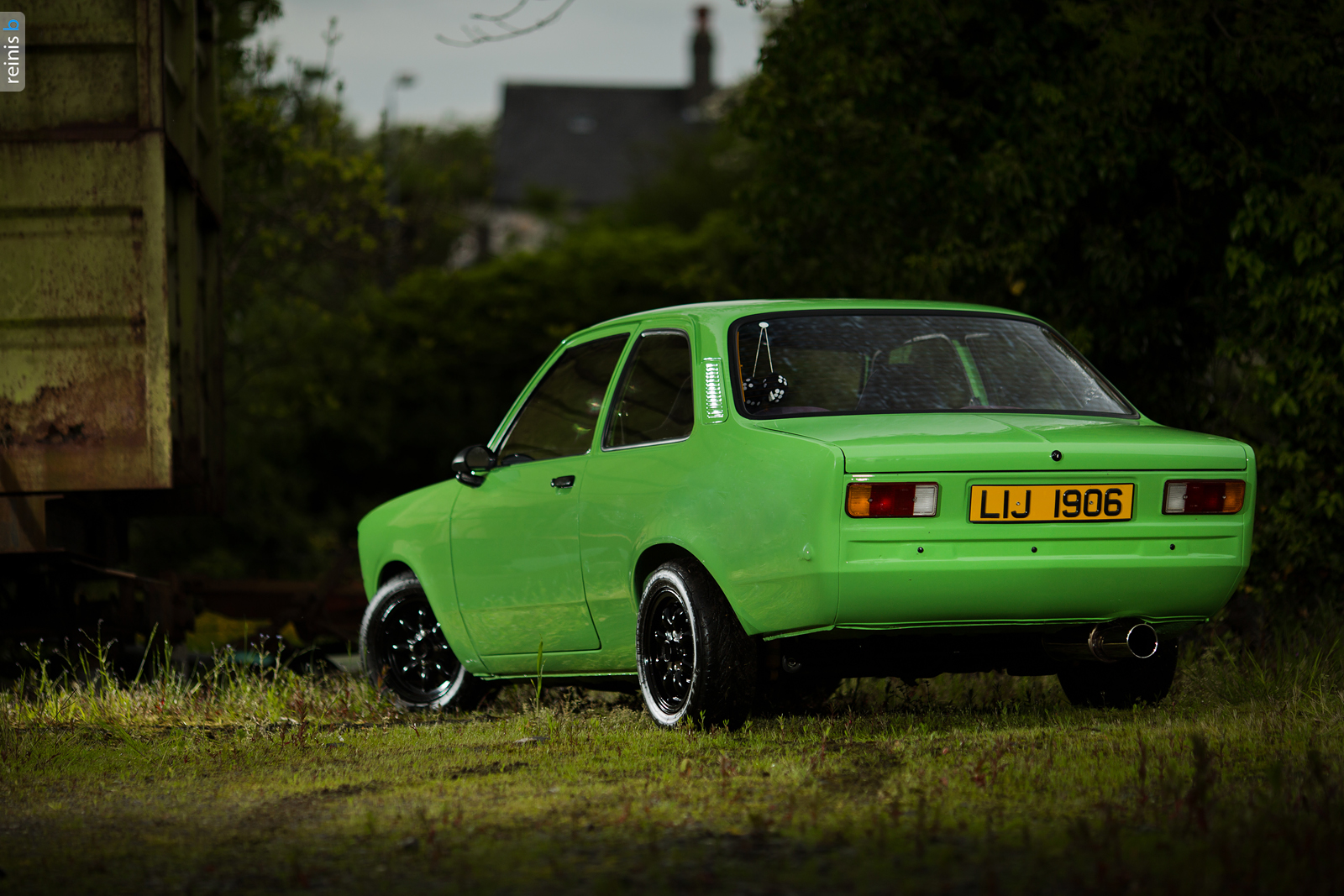 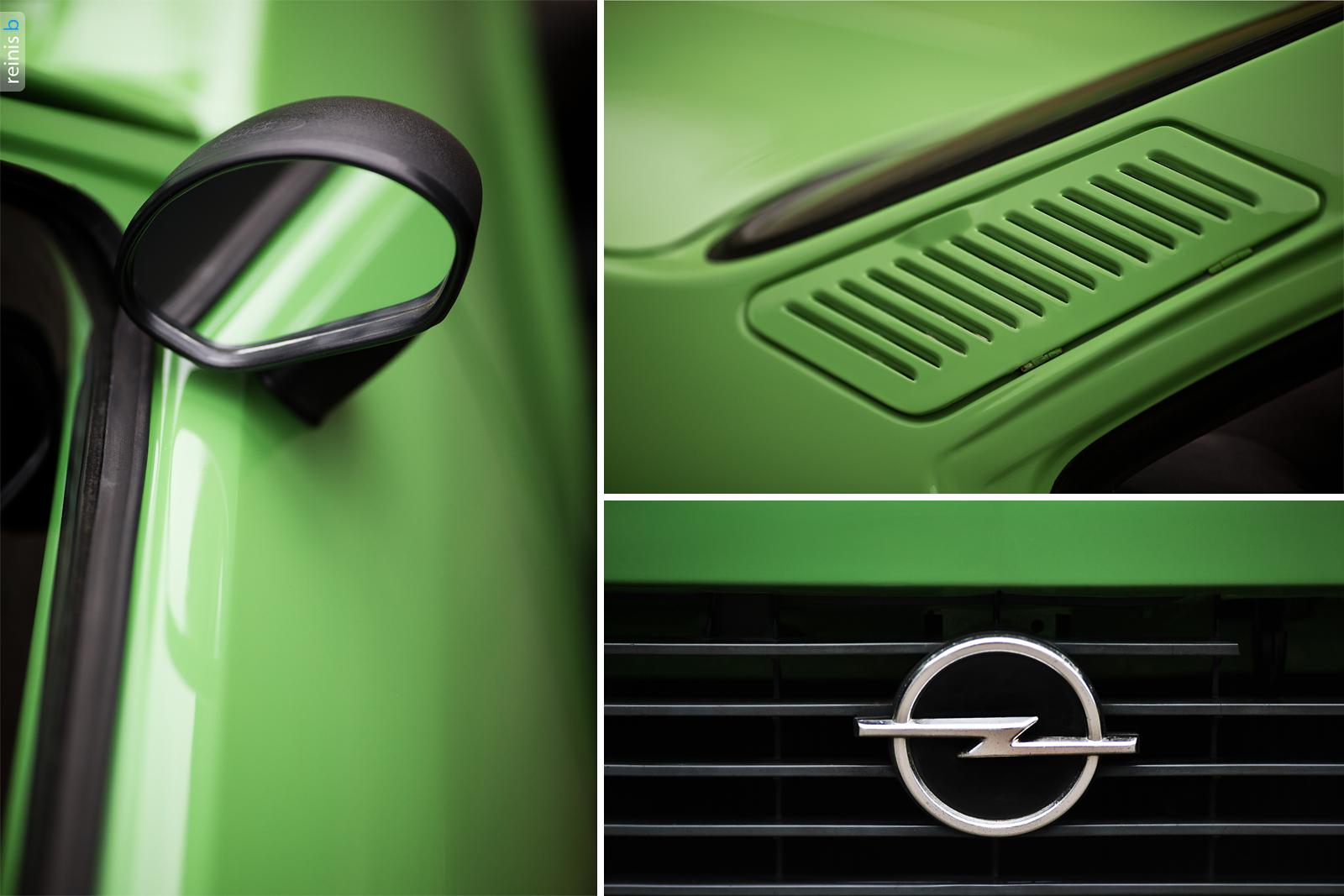 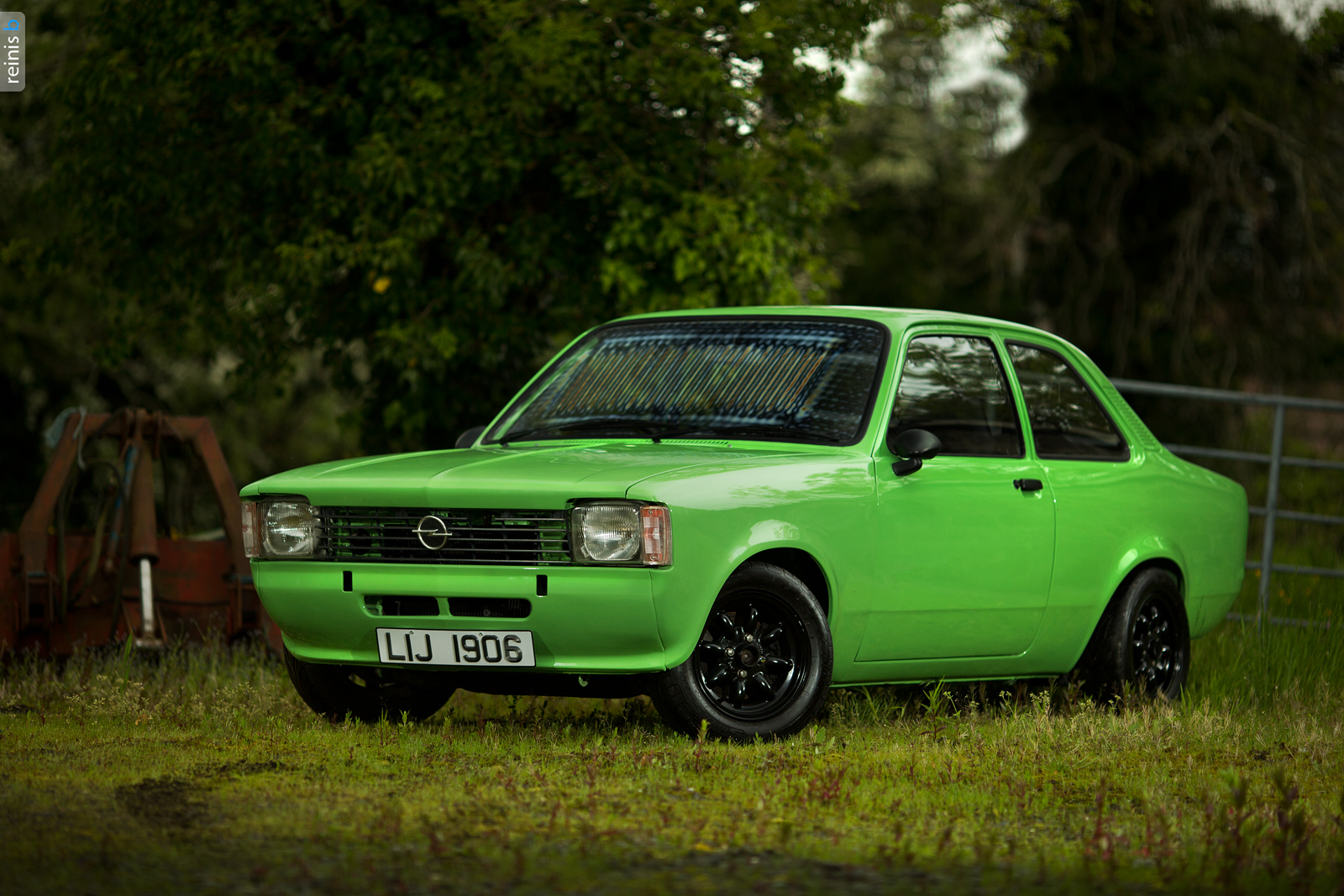 Interior had to be simple and functional - full Recaro Interior donated by a Mitsubishi Lancer Evo 5, with some added personalised touches like fluffy dice and 8 ball gear knob was more than enough to make it a very appealing place to be in. 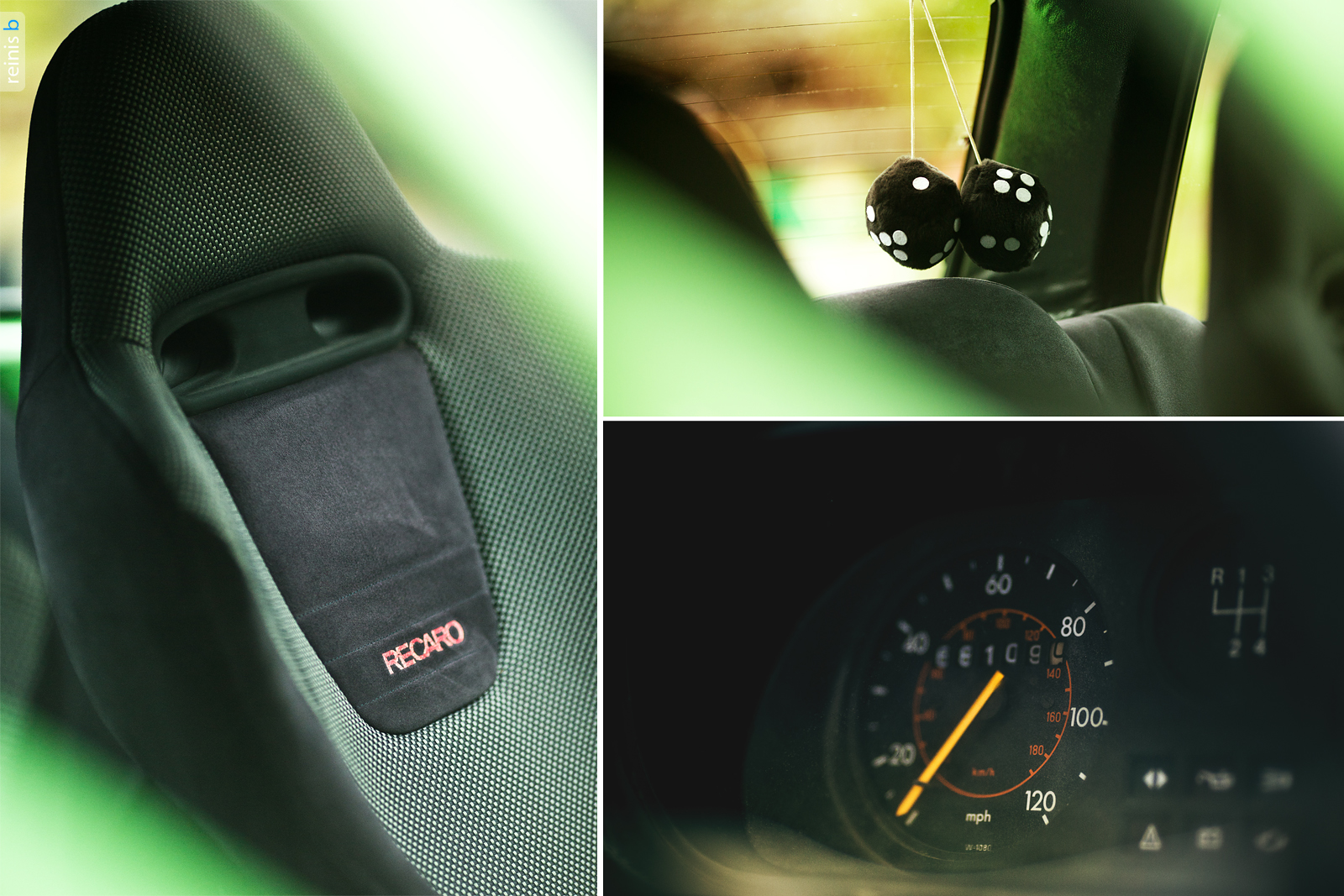 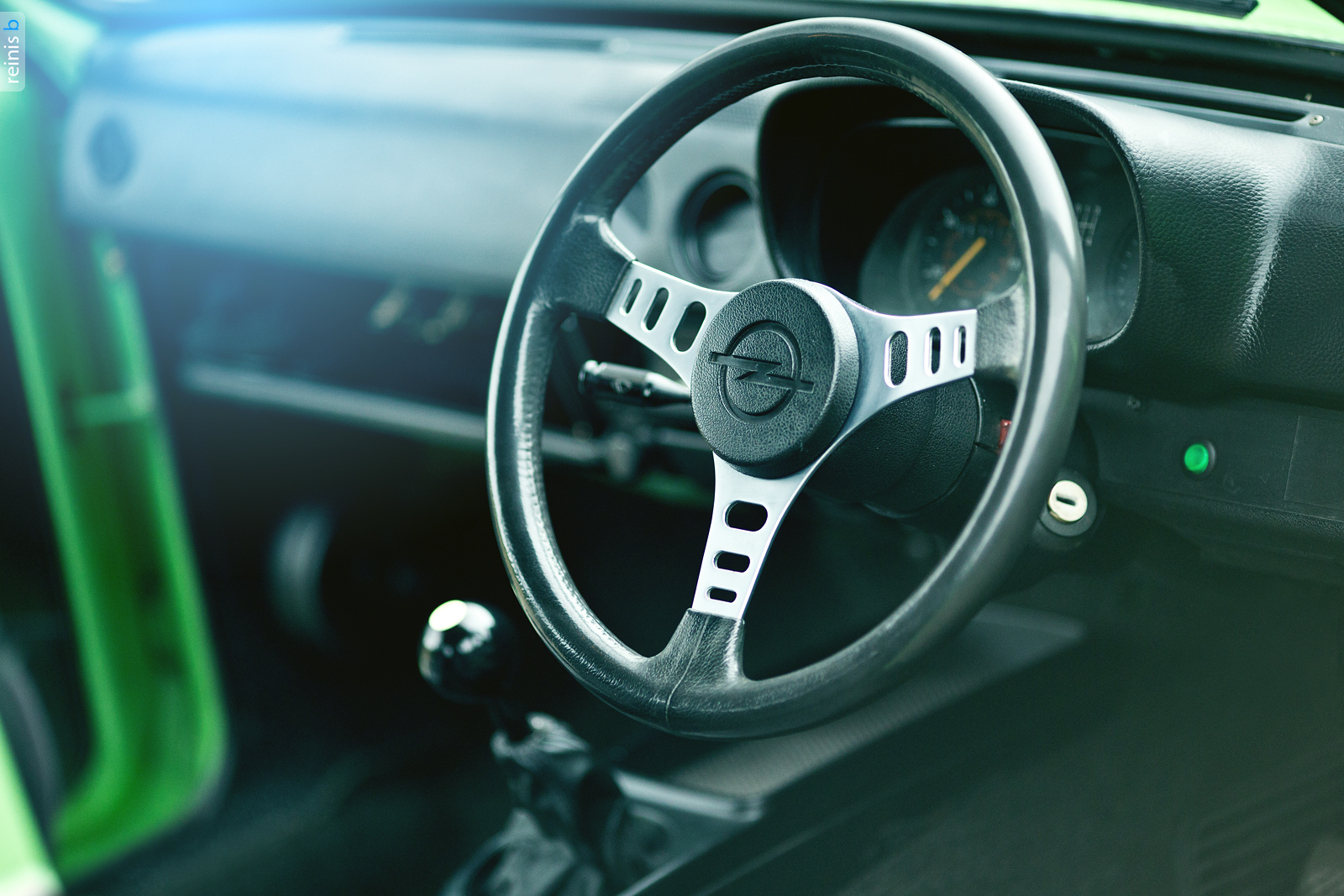 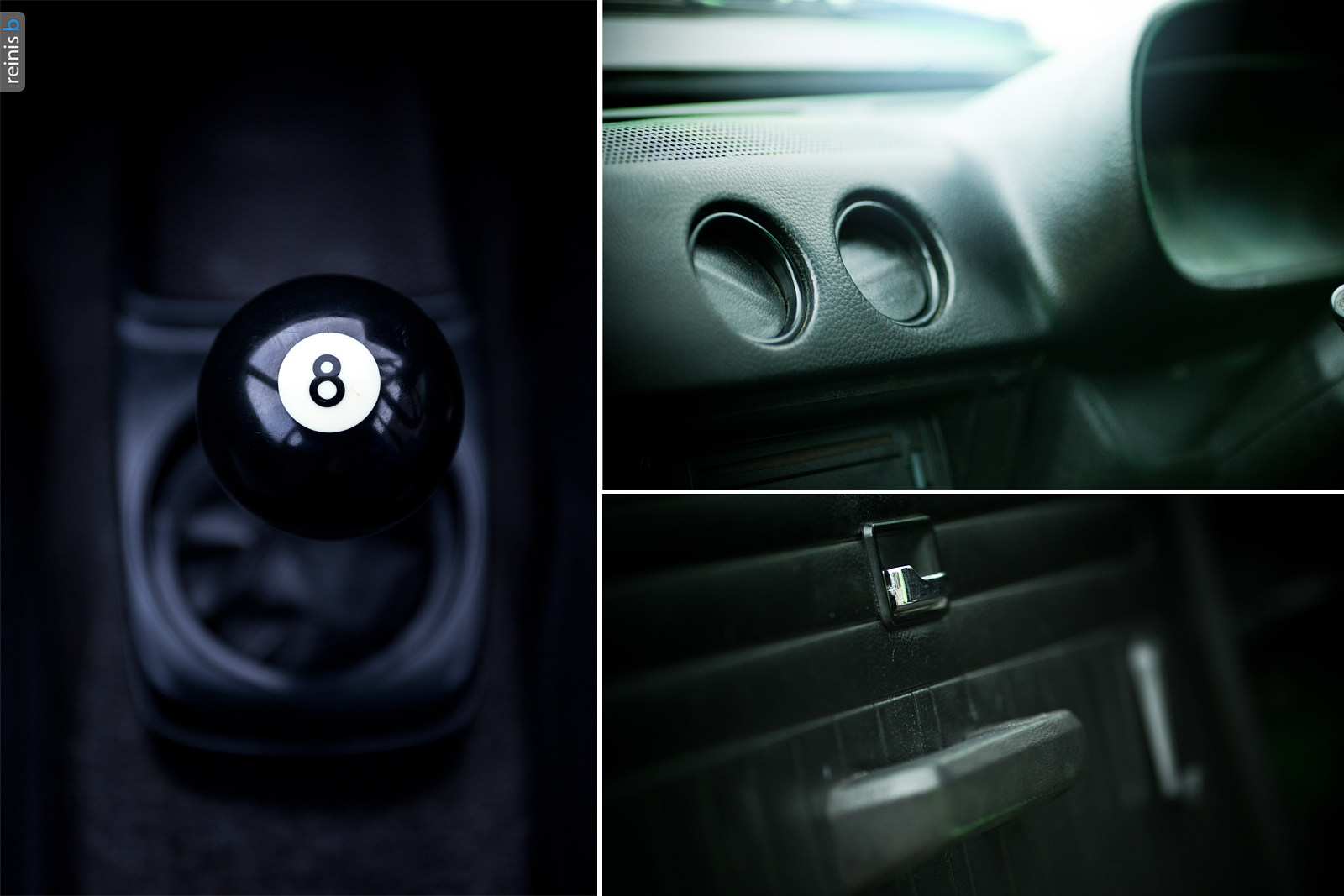 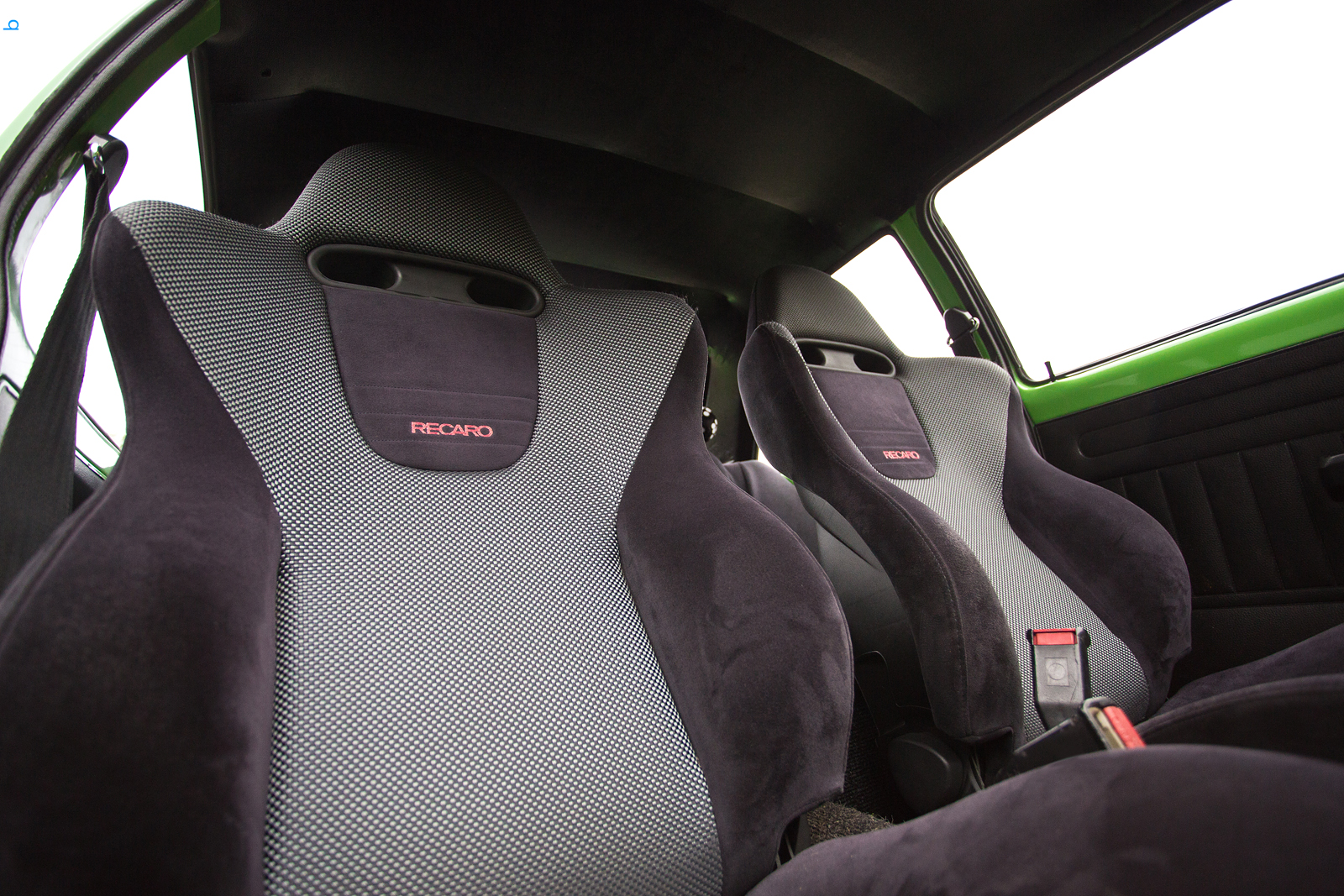 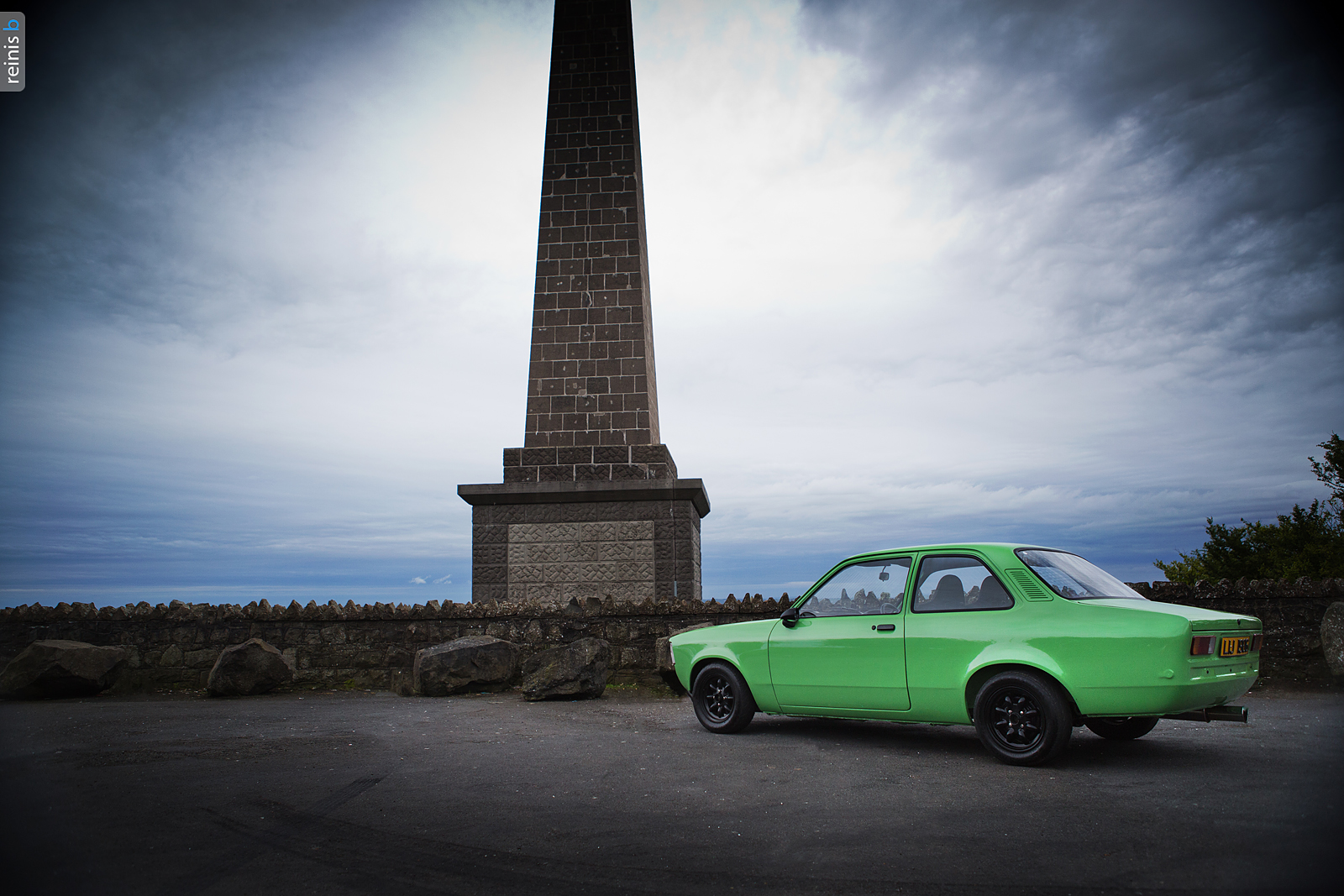 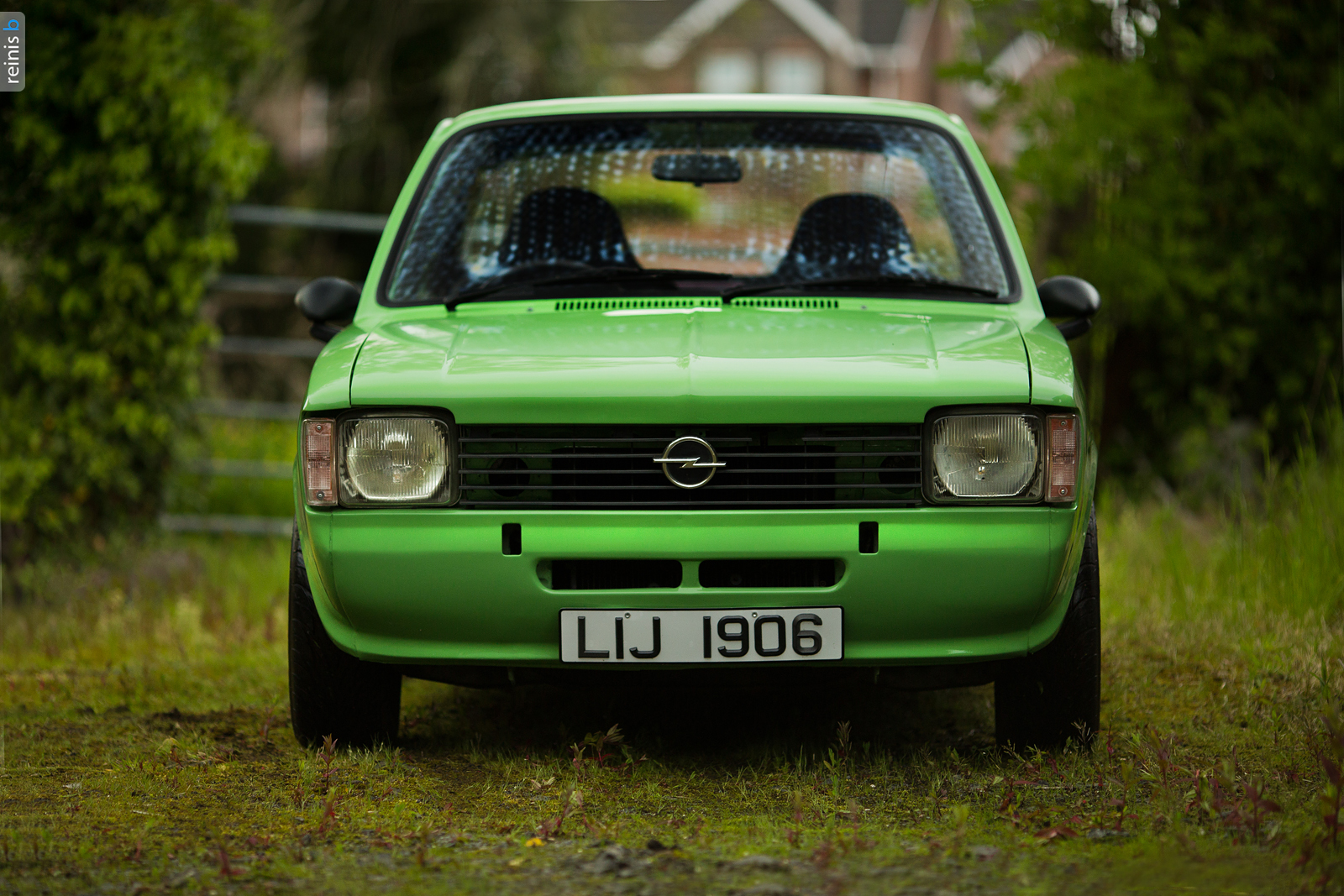 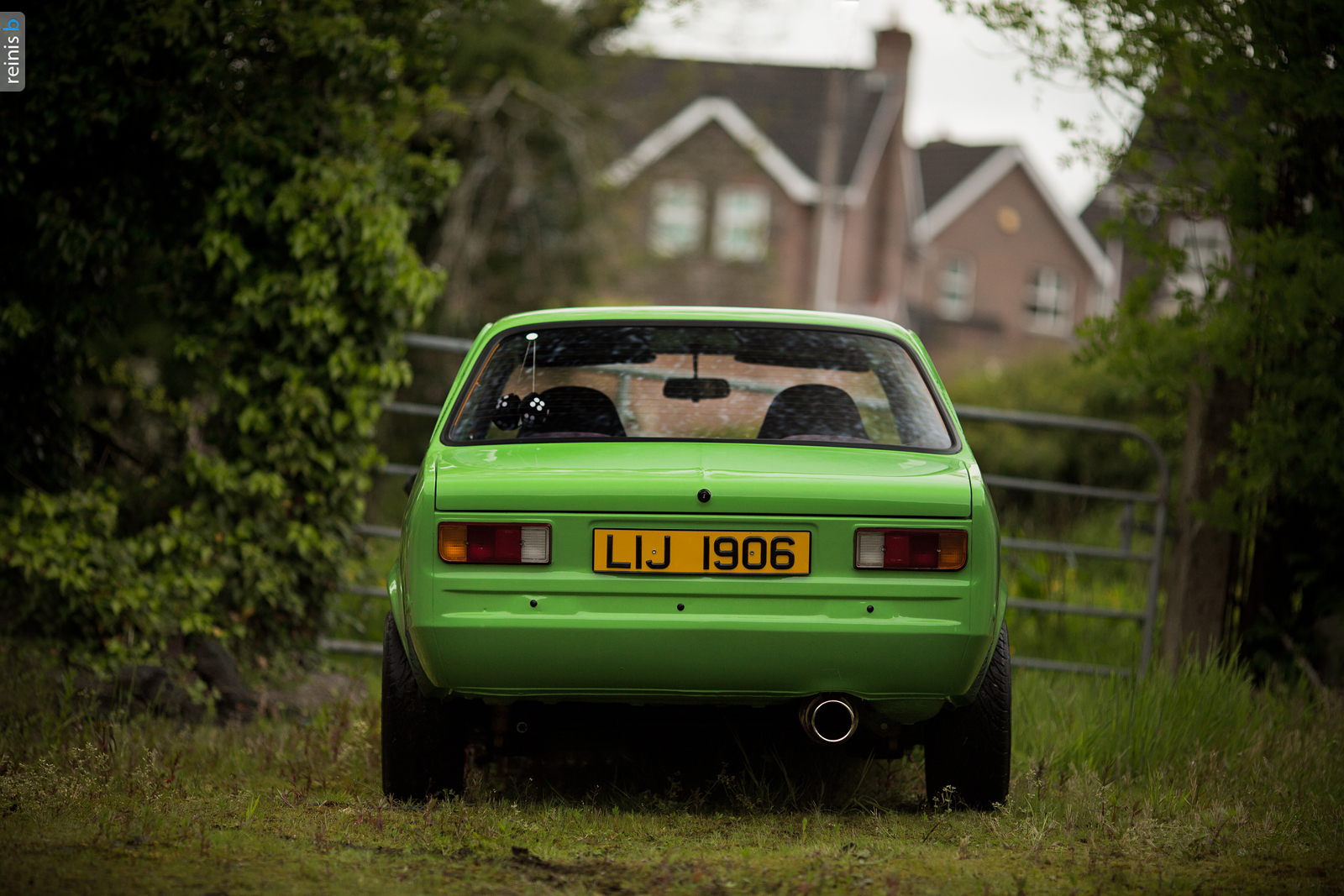 As for the future plans to it - Phil admits, “I’ll just enjoy the car”; however, I did spy a 1972 Opel Kadett B shell hiding in the corner of the shed, so give it a year or two and I’m sure sure that I’ll be back to feature another stunning Vauxhall. 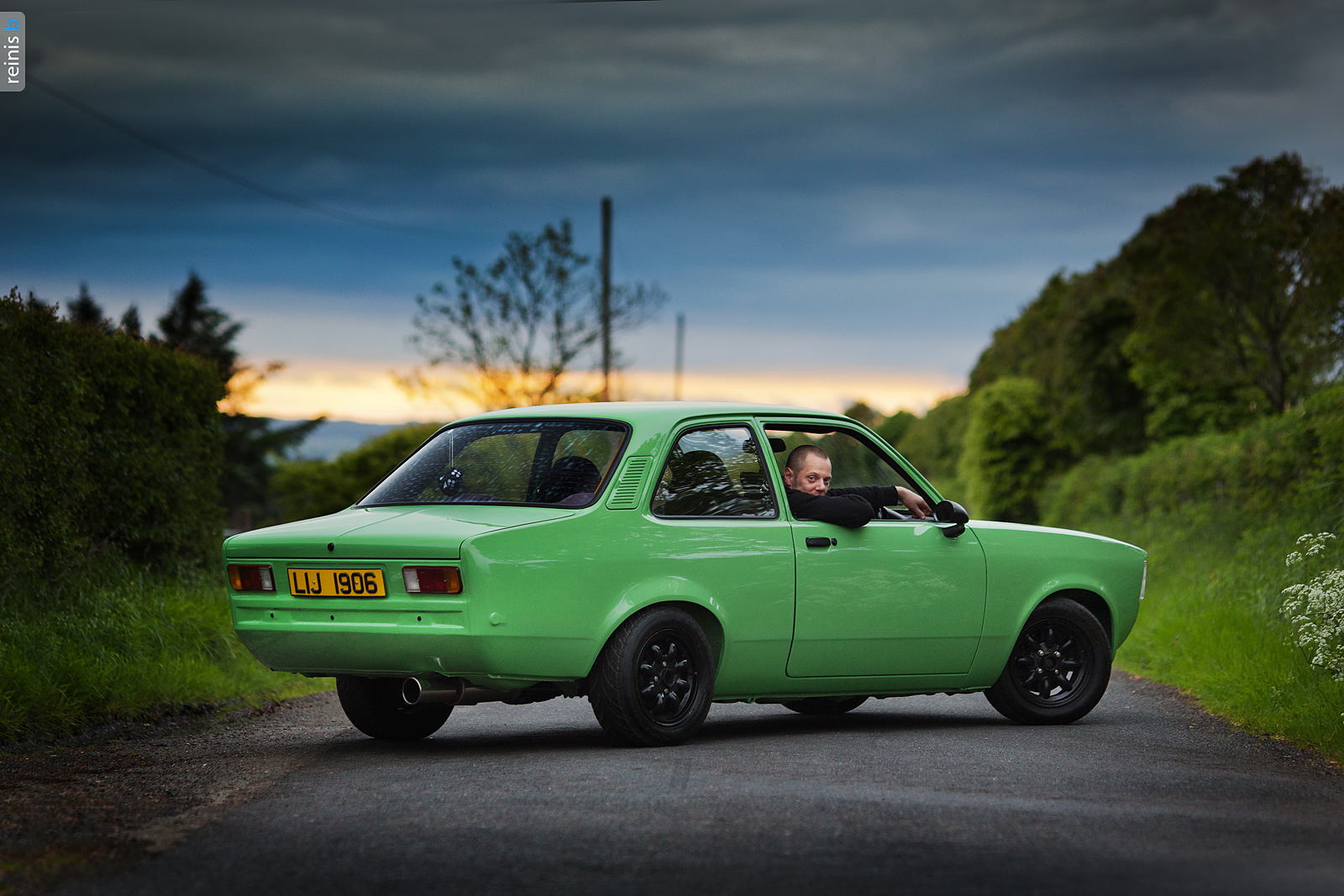